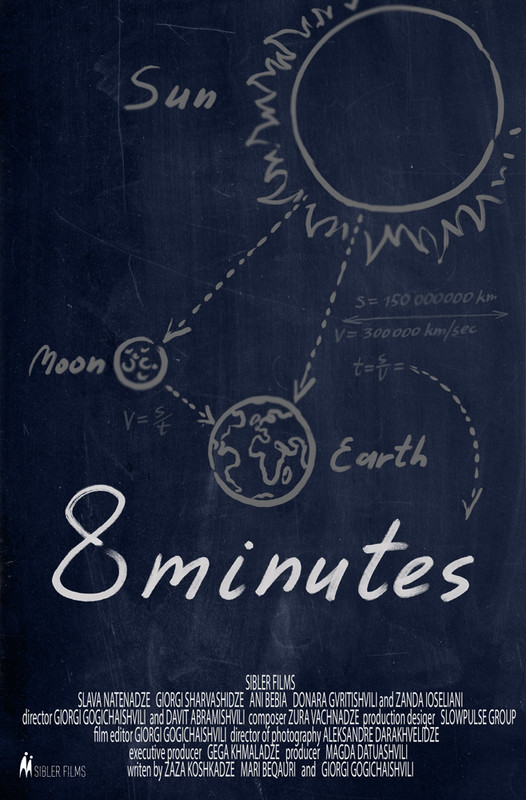 8 Minutes Synopsis After apocalyptic information leaks about the sun going out, meaning the earth will get dark in eight minutes, forever, chaos covers the whole world except for Gia – a single man under sixty with a boring, poor life. In this crazy moment he calls his son to ask how is he handling this situation, despite having a rare and cold relationship with him for a long while. But during the phone call Gia finds his son is in north pole for an expedition with his fiancée, and not aware of the coming total black out. Father hesitates to tell his son how the world is about to end and hangs up the phone. But he can’t just sit and do nothing about it. After a moment he gets hit by an idea. Obsessed with clearly something more than just a call to his son again to inform him about the real apocalypse.